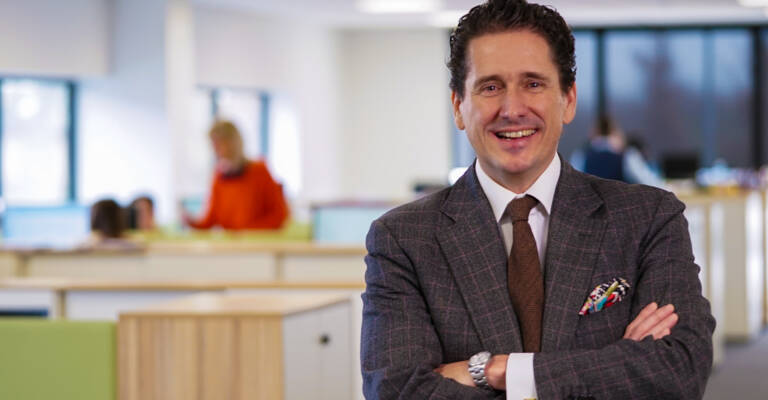 Toyota Material Handling Europe is adopting Automation and Connectivity as vital components of its core business. Their purpose to move the world and its customers' business towards a more sustainable future, where waiting and waste is history, brings challenges in terms of adopting new business models, develop competence and prioritize investments.

"Ernesto Domínguez has proven his ability as a leader in a new context, his strong support for our sharpened strategy and decisiveness to reach set goals. We very much look forward having him leading the way towards our future," says Terry Unnai, Chairman of Toyota Material Handling Europe.

Ernesto Domínguez will take on his new role as President & CEO of Toyota Material Handling Europe from April 1, 2020.

"I think we are at a crossroad, developing our traditional business to stay relevant for our present customers at the same time as we develop our business and relations into new areas. I'm truly honoured and humble facing our challenges ahead and look forward to meet them in strong collaboration with our customers, partners and my dedicated colleagues throughout Europe," Ernesto Domínguez says.

The appointment of Ernesto Domínguez follows the decision from Matthias Fischer to leave Toyota Material Handling Europe. During Matthias' eight years as President & CEO, Toyota has grown its sales by 53%. Matthias Fischer will formally step down March 31, 2020 but has in practice already left his operative duties. Terry Unnai, Chairman of Toyota Material Handling Europe, is from February 4, 2020 interim President & CEO, handling administrative duties only.